The Scandal has been going over a month now. However, dozens of foreign media channels still keep buzzing about the case with the Bulgarian owner of the gambling company “Efbet” – Stefan Naydenov “Tsekata” and his sons Tsvetomir and Boyan Naydenovs. The three are mixed up in a series of illegal affairs, including unregulated online betting scenarios, money laundering, and tax evasions. The Scandal turns out to be so massive that it no longer fits the Bulgarian borders and spreads to countries such as Malta, the UK, Italy, Greece, Spain, and Romania. As it becomes clear, the Naydenov family has a license for offline gambling and operates on the local markets, where permitted with casinos.

Behind the façade of a “just another bookmaker,” there is a strikingly significant number of REAL schemes for FAKE bets and money laundering through offline and online gambling. The Naydenov family has been organising fake sports bets through its gaming platform for years. After several inspections by the State Agency for National Security (SANS) and Financial Institutions in Bulgaria, the Efbet owners are now being investigated by official services in five other countries – Italy, Greece, England, Spain, and Romania. And have recently lost their operation license in Malta, after investigations bt their National Revenue Agency. 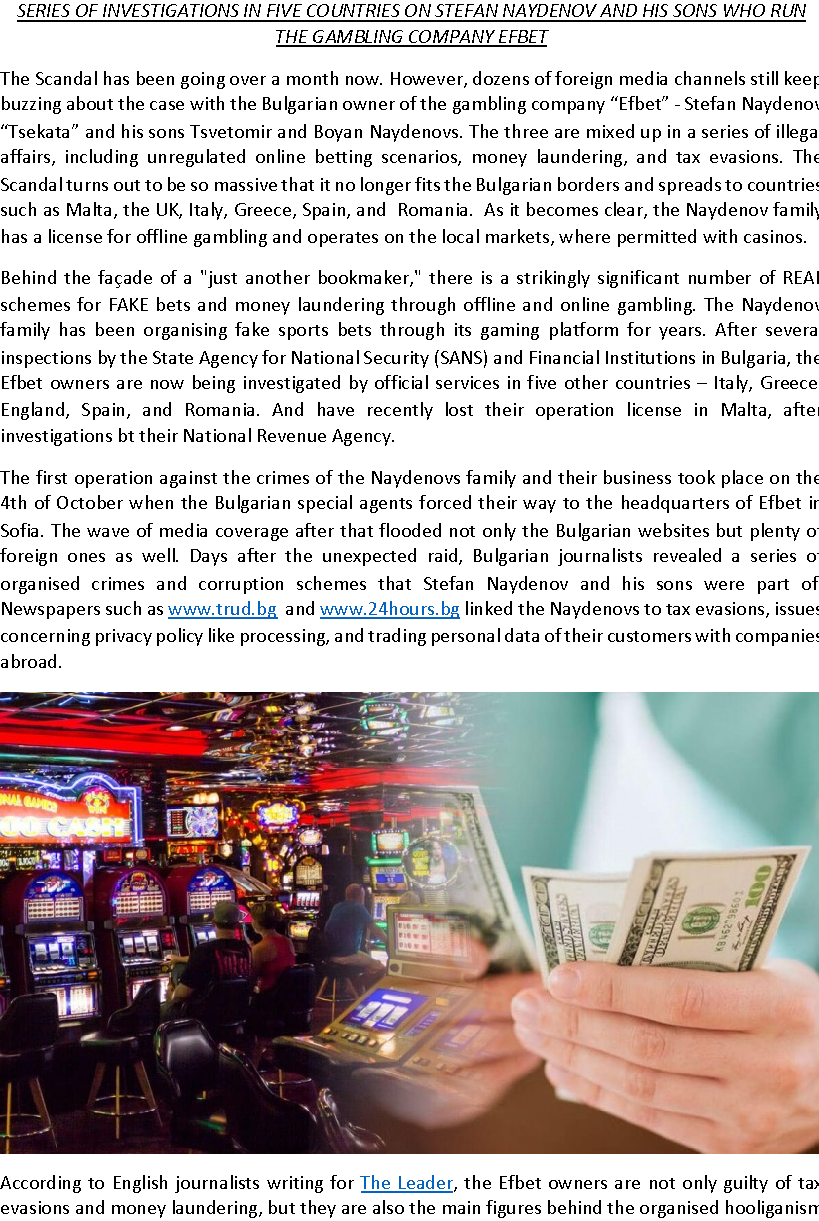 heir business took place on the 4th of October when the Bulgarian special agents forced their way to the headquarters of Efbet in Sofia. The wave of media coverage after that flooded not only the Bulgarian websites but plenty of foreign ones as well. Days after the unexpected raid, Bulgarian journalists revealed a series of organised crimes and corruption schemes that Stefan Naydenov and his sons were part of. Newspapers such as www.trud.bg and www.24hours.bg linked the Naydenovs to tax evasions, issues concerning privacy policy like processing, and trading personal data of their customers with companies abroad. 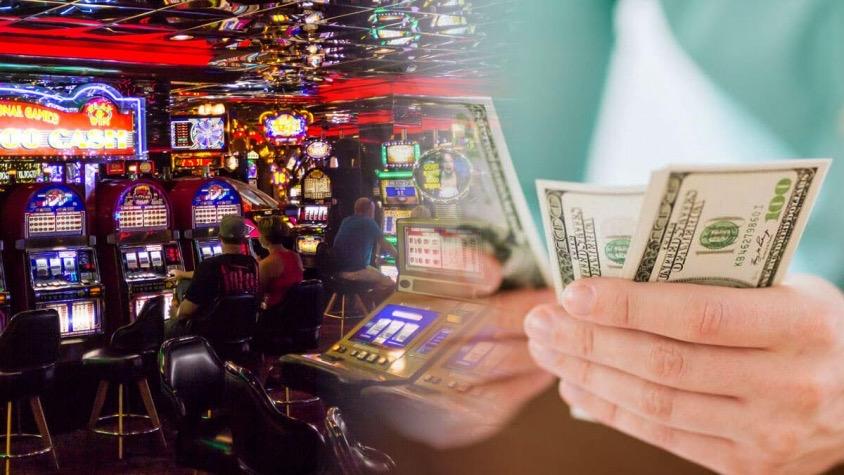 According to English journalists writing for The Leader, the Efbet owners are not only guilty of tax evasions and money laundering, but they are also the main figures behind the organised hooliganism and many football scandals in their Bulgaria. Including the most recent rasist one that hit the media across the UK during the qualifier between Bulgaria and England for the Euro 2020.

The gambling drama was reflected by Italian newspapers too soon after the owners got their Efbet Italian license and began operating there. In the Torinoggi.it, for instance, journalists cast light on the link between the Naydenovs and money laundering through online betting and match-fixing and further pointed out that the most prominent online gambling bosses in Bulgaria were under investigations by Bulgarian authorities. It is also indicated that similar investigations are currently being conducted by the Italian authorities, linking the Bulgarians to the Italian Mafia in Sicily and Milan.

The scandals were covered even in Greece. After Stefan, Boyan, and Tsvetomir Naydenovs became targets for investigation there, and a Greek online media published an outrageous video a few weeks ago that revealed illegally managed Efbet gaming halls in Athens. The gamblings are organized in secret chambers in the Greek capital, and only a few people know about it. From the video, it became clear that a new person can enter the premises only if a trusted old client recommended the newcomer to the owners in advance. According to reporters writing about the case, there were at least five secret illegal Efbet halls in Athens, as well as several in Volos, Thessaloniki, and Kavala.

Berlin wall. Back in those days, people in the Eastern block would do miracles to get their hands on foreign currency, and there is proof, they got plenty of it from the Italian Mafia in return for valuable information on grey figures. He operated under the pseudonym “Agent Nikolov” and was recruited by the State Security Officer Kr. Krastev in 1980.

Yes, It is Possible for Sports Equipment ...