Is There an Easy Way to Stop Smoking, for Good?

Smoking has become so socially unacceptable that it’s amazing anyone still lights up at all. It’s not only banned just about everywhere, but tell someone you’re a smoker and they’re likely to think you have a death wish.

And they’d be right. We’ve come a long way from the Golden Era of Hollywood, when almost every star of the big screen wouldn’t be seen dead without a cigarette, as back then it was the height of glamor and sophistication. Tragically, for many big-name American actors actresses of the 1950s and 60s — a lot of whom were paid to promote the habit — smoking killed them.

Thankfully, we now know that tobacco kills up to half its users. This leads to around 480,000 deaths in the United States every year, and a shocking seven million deaths globally — one million of whom don’t actually light up, but die from secondhand smoke. Smoking is the leading cause of preventable death not only in the UK, but also globally, and health authorities are racing to get people to stub out for good. But how?

It’s not just the nicotine that has smokers hooked on cigarettes, and if you’re a smoker and desperate to quit, you’ll know there are a number of other factors that keep you reaching for a cigarette. It’s habit; it’s something to do with your hands, especially when you feel anxious; it’s the satisfying ritual of lighting up after a meal or with a drink. Breaking this black-magic spell is incredibly hard to do, as any long-time smoker will tell you.

Of course, you can just stop. For some smokers, going cold turkey works — eventually. That’s once they endure and get past the deeply unpleasant symptoms of nicotine withdrawal. These can include the familiar and intense cravings for a cigarette, at times so strong and overpowering that you could reach out and throttle someone if you don’t get one. Smokers giving up may also experience sweating, nausea and cramps in the stomach area, sore throat headaches, insomnia, depression and more — including anxiety and weight gain. It’s no wonder so many of us who are smokers and trying to give up soon cave in under the weight of it all and reach for a cigarette once more.

Other ways to give up include counseling, or behavioral therapy, and hypnotherapy — although not everyone has the financial means to go down this route, and it can take a while to see results. Nicotine replacement therapies, meanwhile, provide a low-cost way of getting off tobacco and, nowadays, you can easily get your hands on nicotine gums, sprays, inhalers, lozenges and patches, which you stick on your skin. However, they are not always effective. 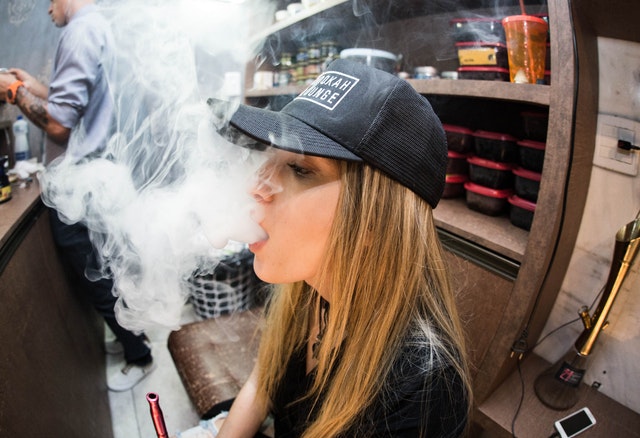 There is, as it happens, a better way. If you’re a smoker battling to give up your unhealthy addiction, there’s really no need to torture yourself with thoughts of going cold turkey, counseling or chewing on gums for the rest of your life. Based on a growing body of research, health authorities are now urging smokers to turn to e-cigarettes — vaping — instead, and it has become one of the most effective smoking-cessation methods around.

“Many people think nicotine is very harmful to health,” says the British health service, in its advisory on e-cigarettes for its annual Stoptober campaign. “In fact, although it is addictive, nicotine is relatively harmless — it’s the thousands of other chemicals in tobacco smoke that cause almost all the harm from smoking.”

It adds: “Thousands of people in England have already stopped smoking with the help of an e-cigarette. Plus, those who combine an e-cigarette with help from their local Stop Smoking Service have a high chance of success. In 2017-18, two-thirds of smokers who did so managed to stop smoking.”

E-cigarettes also deliver significant financial savings compared to costly tobacco cigarettes and are available at a good vape store. Those who are new to vaping and are not sure how to go about it, or what devices to buy, can try an easy-to-use e-cigarette starter kit to see if they can finally kick their smoking habit.

Reasons For Embracing Capillary Matting as A ...