Contraceptive pills for both men and women

Amongst men, the contraceptive pill remains the most popular method used by females to prevent unwanted pregnancies.

This was according to a recent collective study by British pharmacy chain LloydsPharmacy Online Doctor, in which 87.5% men ended up naming the pill when asked for female contraceptive methods.

This goes on to show that while other contraceptive methods for females have been available for decades, the pill remains the most ubiquitous of them even among men, who of course have never used one in their lives.

But that’s about to change as well.

The same study also reported that the long-standing debate on male contraceptive pills is on its way to a conclusion, mentioning that scientists have found a drug called dimethandrolone to be quite effective for male contraception in form of a pill.

This is significant because while 82.1% men have maintained that they are comfortable in discussing the topic of contraception with their partner, none of the previously developed male contraceptive pills have been able to fulfill the health and safety standards that are required from an over the counter medication.

About the New Male Contraceptive Pill

Detailing the findings of the study, it was reported that the developed pill was tested on 83 men. The results were quite positive in terms of suppressing hormones that are integral to the subsistence of reproductive fluids.

However, while this clears the path for the pill to be tested on a wider scale, it is still a long way to go before it could actually reach the retail market. For now, research is being conducted on what the long-term effects of this drug’s use will be.

While this is not as good as females actually being able to finally share the responsibility for contraceptive pills with their male counterparts, it does set the course in the right direction.

But contraception’s not all that LloydsPharmacy’s study detailed. The collective findings also broach the topics of male hair loss, erectile dysfunction (ED), as well as men’s comfort levels to talk about these issues with their partners.

The findings remain quite interesting, to say the least. 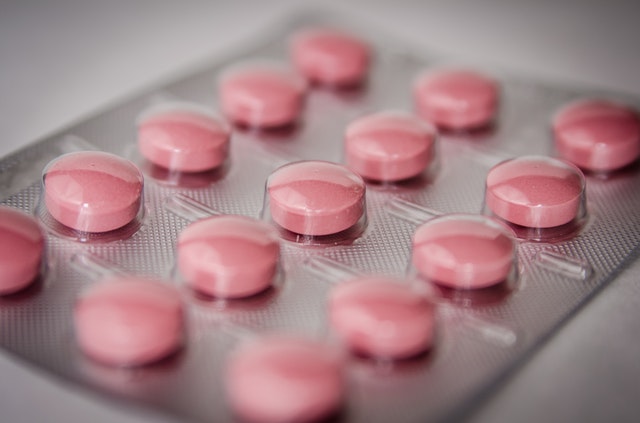 They Would Rather Go for a Shaved Head

It is not only women who can make daring fashionable choices, as judged by men who were brought face to face with the prospect of losing their hair. A staggering 88.4% of men maintained that they considered the process of hair loss to be quite normal.

57.5% of males agree that they would rather shave their head than go out seeking methods that would reverse the process for them. In fact, the reversal methods seem so unpopular that the remaining percentage also seemed divided into the options they would avail in order to keep their mop on the top of their heads.

12% were willing to go only as far as medication – such as Propecia – to keep a head full of hair; whereas, 11.7% seemed daring enough to go for a hair transplant. 10.6% seemed to be content to go the Rogaine route by using topical treatments to get their hair to grow again.

Quite unsurprisingly, the option to wear a toupee or a wig remained the least favorite, with only 8.2% of men in favor.

ED could be a very difficult situation to deal with for a man and their partner since it not only creates intimacy issues but dampens the confidence level of the one experiencing it firsthand.

Around 23.6% of men mentioned that they had experienced ED at some point in their life. However, since treatments are available for this particular condition that range from being physical to psychological, most of the saw a resolution to their problem.

Most Men Are Open to Discussing Difficult Topics with their Partners

The silver lining through the topic of ED was that 35.2% of men also believe that if they ever face such a situation in their life, then resorting to discussing it with their partner would be something that they would be most comfortable with.

This was quite in line with the 53.5% of men who maintained that they would be comfortable with discussing their experiences or problems with their partners when it came to any of these discussed conditions of contraception, hair loss, and ED.

This information perhaps remains the highlight of this study that consisted of a sample size of 1,000 men from the U.K. It went on to show that the concept of toxic masculinity, while still present, is slowly fading out, with more and more men being open to their partners about these issues rather than keeping them to themselves. It promises a great future, since only with communication could anyone maintain a healthy balance in their relationship.