After years of debating climate science, most Americans are now seriously heeding to scientific findings about this global phenomenon.

Among calls for using biodegradable materials and limiting industrial carbon footprints, people in the U.S. are now turning towards making major lifestyle changes on their own.

Which is leading them towards researching plant-based diets. 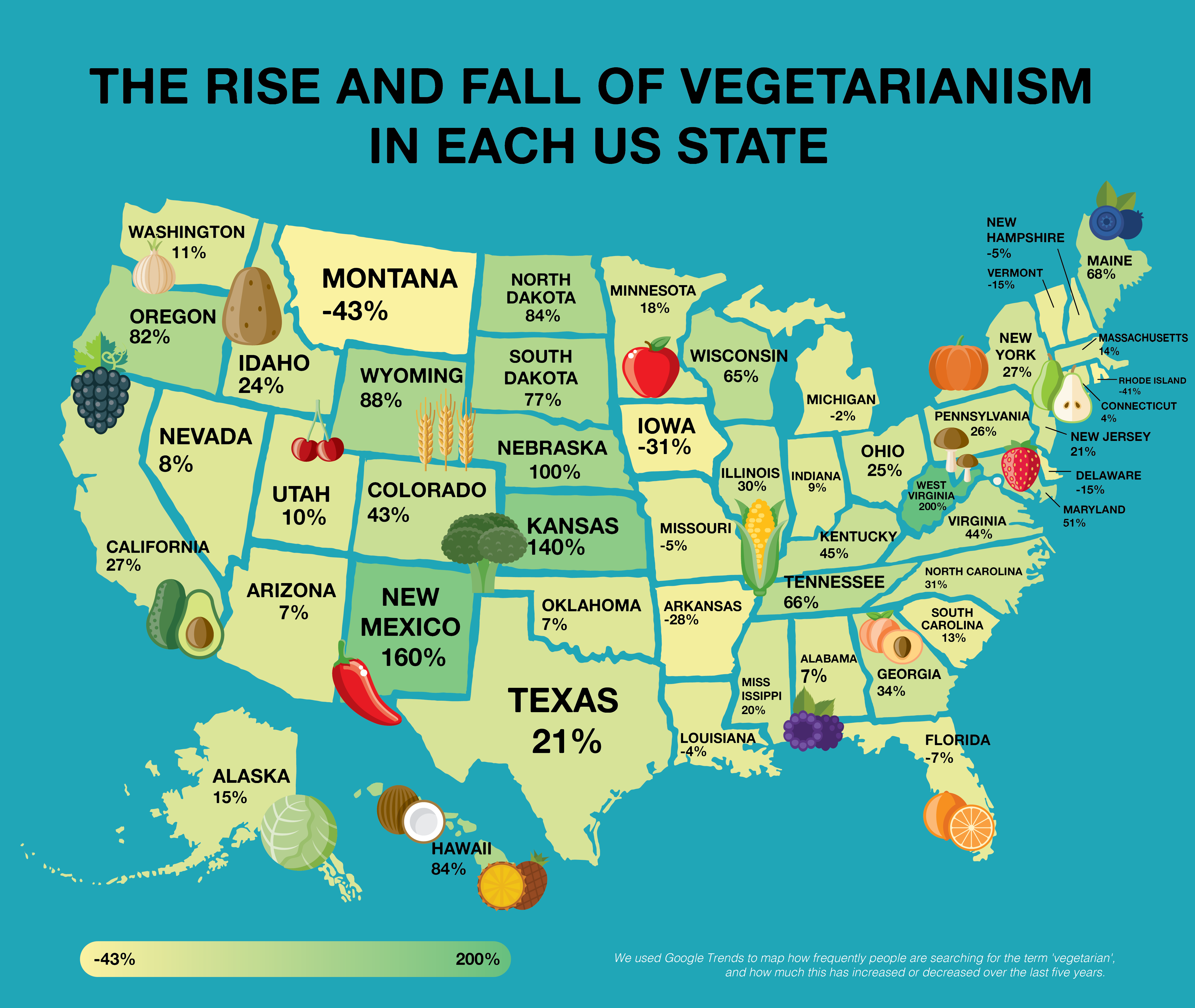 According to research collated by Live OWYN, it has been found that most U.S. states show a staggering increase in searching for the term “vegan” on Google. As compared with data from 2014, it was found that the term shows an interest increase of up to 500% in 2019.

Southern states show a massive interest in the term, where Alabama tops the list with the aforementioned 500% increase in searches. But the trend is not only limited to the south. Midwestern, western, and eastern states all present massive search volume on their own.

What Caused This Upwards Trend? 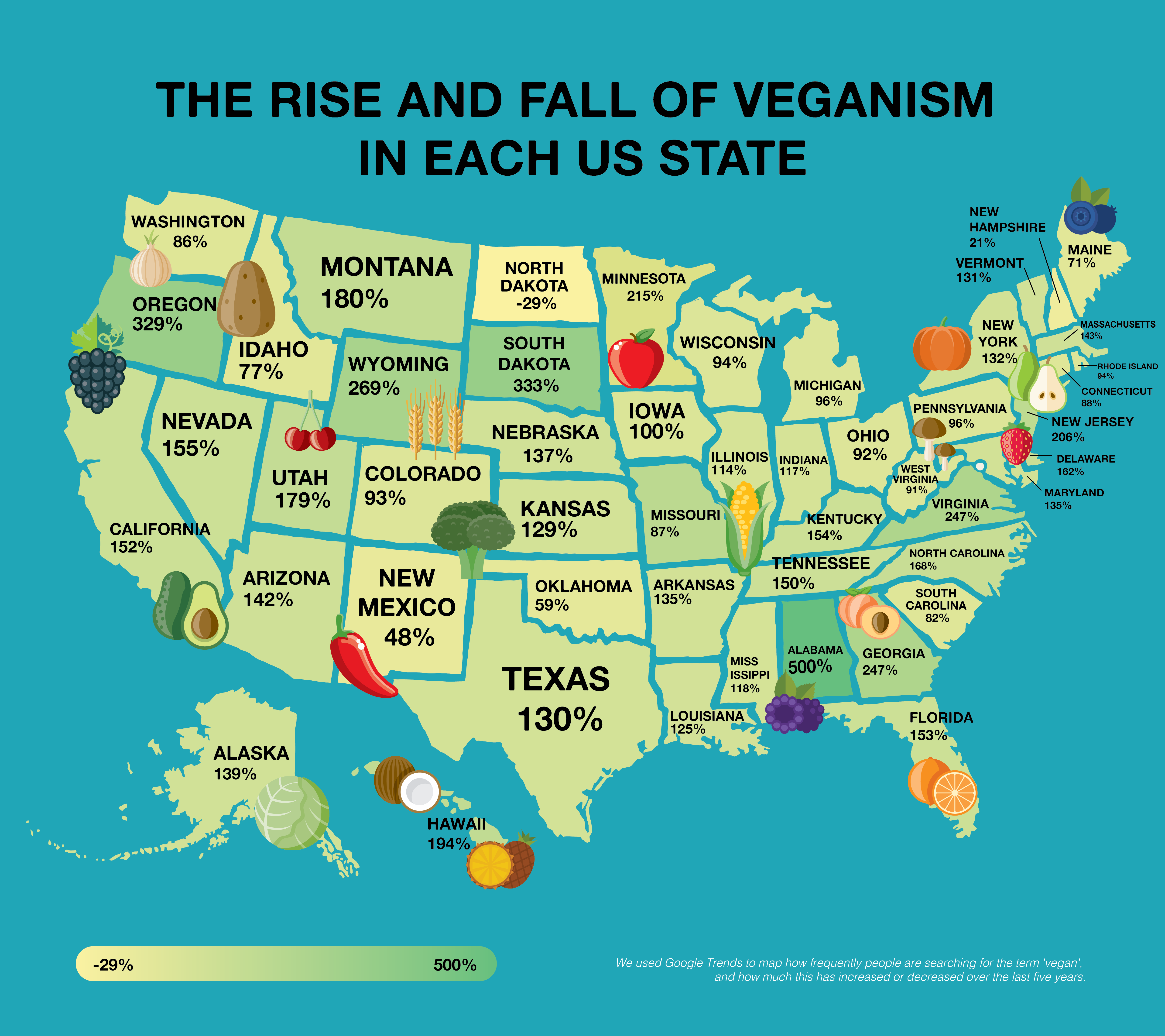 According to observations, the interest in veganism has peaked ever since studies have come forward stating that consumption of meat, dairy and eggs have caused greenhouse gases to rise by 84% in the U.S. In an effort to do their part for the environment, more and more people are at least considering adapting to a plant-based diet.

Since being vegan means no consumption of animal products of any kind, the diet that comes with this lifestyle is completely based on plant-based foods and byproducts.

The trend has been on the rise over the past few years. But after being limited to certain areas of the U.S. such as the West Coast, it is now gaining traction in other parts of the country as well.

Plant-based Protein Can Also Get Some Credit Here

Much of it can be attributed to plant-based protein manufacturers such as Beyond Meat and Impossible Foods, which have brought products that taste like real meat, even if they are completely made from plant-based products.

If you are interested in learning about the diet or the trends associated with it, make sure to check the asset created by OWYN. It has quite an interesting, research-based take on the information that tells you how the average American’s mindset has changed about veganism.